We’ve already seen renders of Samsung’s upcoming Galaxy S22 series with the S22 Ultra ones presenting an interesting back design and rumors of an S Pen slot. Now, xleaks7 and CoverPigtou have teamed up to give us our first look […]

We’ve been hearing rumors for the past couple of weeks that the Galaxy S22 Ultra will have an S Pen slot like the Galaxy Note devices. Today another report claimed the same thing – the next Samsung flagship will have […]

Samsung seems to be preparing a major update for the Samsung Galaxy Tab S7 and Galaxy Tab S7+ tablets, one that has to do with acoustics and the S-Pen. The upcoming update will improve the S-Pen experience and also the […]

An FCC listing confirms that Samsung’s S Pen stylus can be used with the company’s upcoming flagship Galaxy S21 Ultra phone. The confirmation, first discovered by Android Authority, comes in a test report for model number SMG998B. The discovery lends […]

Samsung’s last stylus-based tablet was unveiled in August 2019, the Galaxy Tab S6, but it seems they’re already working on a new one. Samsung seems to have discovered a booming demand for stylus-based devices, between the Galaxy Note 10 Lite […]

The Galaxy Note 10 Lite will mark the first time in years that Samsung has added S Pen compatibility to a mid-range smartphone and, as it turns out, this honor could be paired with a never-before-seen feature. The S Pen […]

Samsung is working on several smartphones at the moment including the Galaxy S11 series, the Galaxy Note 10 Lite, and the Galaxy A71. But newly uncovered information has revealed the company is also developing a mysterious model dubbed the SM-AN815F […]

Today Samsung officially annouced its new tablet called Samsung Galaxy Tab S6 that brings some top features and a S-Pen on board. This time the stylus has a magnetic attachment right on the back of the tablet. The pen adopts […]

Samsung should kill the S Pen

The Galaxy Note is Samsung’s holy grail. It’s the company’s most expensive smartphone, its biggest profit driver. Even the exploding Note 7 did not stop Samsung from resurrecting the Note series like a phoenix from the ashes. And what makes […]

Samsung recently launched the Galaxy Tab 5e, a mid-range and lightweight tablet, and now it’s expanded its 2019 portfolio even further with Galaxy Tab A (2019), a redesigned Galaxy Tab A, which packs some new features over its predecessors. The […]

Samsung debuted this week a brand new laptop, one focused on productivity, as revealed by its S Pen. The device is known as the Samsung Notebook 9 Pen and it comes with a metal body and a pretty compact chassis. […]

Samsung says the Galaxy Note 9 is aimed at “those who want it all.” But can you really have it all, even at $999, from a phone that comes mere months before Samsung’s true “next big thing”, widely expected to […]

Even though the Samsung Galaxy S8 will show up at MWC next week, it will be in the form of a 60-second video. But that doesn’t mean that Samsung is coming to Barcelona empty handed. The company is expected to […]

Samsung’s new series of Galaxy A tablets has already been launched months ago, but the South Korean company isn’t done with the slates just yet. After announcing the Galaxy Tab A 10.1 (2016) back in May, Samsung is now working […] 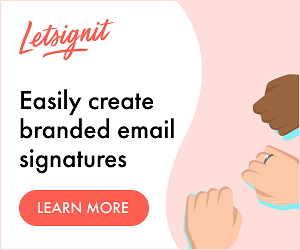