Devops or devsecops (I’ll use devops for this post) is more than just a fast way to build and deploy software within the cloud and on traditional systems. It’s now a solid standard, with best practices, processes, and widely accepted […]

The downsides of cloud-native solutions

A recent study by Gartner predicts that by 2025 more than 95% of application workloads will exist on cloud-native platforms (up from 30% in 2021). I tend not to believe these kinds of predictions because adoption is never linear. We […]

A new study has identified 2023 as a huge turning point for 5G IoT (Internet of Things) connections globally, and the next three years are set to see those come into their own. Juniper Research estimates that, already, there are […]

Amazon Web Services (AWS) has revealed plans to invest $35 billion in the US state of Virginia to expand its operations between now and 2040. Virginia is home to the company’s US-EAST-1 region, which has suffered significant outages and other […]

Which cloud workloads are right for repatriation?

Cloud repatriation may be a sensitive and polarizing topic for some, but it really should be just another architectural option. When I say that some workloads should return to the data center, I am not pushing back on cloud computing. […]

Via: The Hacker News

Four different Microsoft Azure services have been found vulnerable to server-side request forgery (SSRF) attacks that could be exploited to gain unauthorized access to cloud resources. The security issues, which were discovered by Orca between October 8, 2022 and December […]

All of the radio waves and signals bouncing around you can be boiled down to a single thing: energy. Sure, they may carry Wi-Fi or sound, they may connect our cell phones or bring us the latest Harry Styles tunes, […]

2023 could be the year of public cloud repatriation

Here’s a topic we don’t discuss as much as we should: public cloud repatriation. Many regard repatriating data and applications back to enterprise data centers from a public cloud provider as an admission that someone made a big mistake moving […]

The internet is (hilariously) predicting 2023 trends

Listening to Jimmy Buffett unironically will be in next year if I have anything to say about it. Smash-burgers, however, will be out. With 2022 winding down, the Extremely Online have taken it upon themselves to predict the trends of […]

When will cloud computing stop growing?

IoT Analytics does a pretty good job of looking at the growth potential for cloud computing hyperscalers (public cloud providers) moving forward. They see this market moving from $157 billion in 2022 to approximately $597 billion in five years, to […]

With Christmas just a stone’s throw away, it has been estimated that over 113 million travelers(opens in new tab) are getting ready to set out for their holiday destination – and that’s just in the US! Even more are expected […]

As I noted recently, AWS seems to be getting religion about “integration as an essential product feature.” There’s plenty of progress to be made, but it feels like the exact right thing for AWS to do. The question is why […]

Microsoft has officially banned cryptomining within its Azure cloud services in a rather inconspicuous way. An update(opens in new tab) to its Universal License Terms for Online Services, which mainly applies to its cloud platform, states that “mining cryptocurrency is […]

New research from Ericsson expects 5G subscriptions on smartphones to reach one billion by the end of 2022, with providers driving adoption despite geopolitical and economic uncertainty. By 2028, the number of 5G subscriptions will pass five billion, according to […]

What to do in a cloud computing recession

A surplus of articles now forecast a cloud downturn or predict a cloud computing recession. See this one for an example. The number of reporters who reach out to me about this topic is also increasing, although I don’t comment […]

Nvidia and Microsoft are building a supercomputer in the cloud

NVIDIA and Microsoft are collaborating on a new cloud-based AI-focused supercomputer, which they claim will be “one of the most powerful in the world” when complete. The new machine will leverage the supercomputing infrastructure of Microsoft Azure(opens in new tab) […] 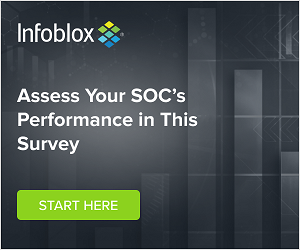