Docker really did change the world

In 2013, Docker was the “it” company. Docker made headlines for the critical role it played in bringing containers to the mainstream, and in many ways displaced PaaS as the hotness of the time (Heroku anyone?). Now, the company is back in the press with the introduction of a new model for Docker Desktop that requires larger organizations to buy a paid subscription for the tools. There’s been a vocal reaction to this announcement, one that reminds me of the important role Docker played in popularizing a model we know, love, and now use on a mainstream basis: containers.

Google Maps expands the grocery pickup feature to 2,000 stores in the US

Microsoft is bringing back the blue screen of death to Windows 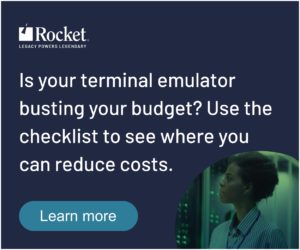