If you are in the U.S. and are looking to bust your LG V20’s bootloader wide open, you are now free to do so – provided that you own an unlocked unit. LG’s official bootloader unlock tool has been updated […]

LG announced that it sold over 200,000 V20 smartphones in the US since October 28 (when the handset became available nationwide). According to the company, about 20,000 V20 phones are being sold every day – twice as many units compared […]

The LG V20 is the latest high-end phone by LG and it stands out with a few signature features: a tiny secondary display that makes it easier to switch between apps, a high-quality audio output, an easily removable battery and […]

If the LG V20 was a superhero – and we’re not convinced that it’s not – its superpower would be to have two of everything (or more!). Two screens, two cameras, four DACs, two apps on the screen, the list […]

The LG V20 may not be everyone’s cup of tea (being a very large phone with a 5.7-inch main display and a secondary ticker screen above it), but it’s certainly an interesting device. Thus, we’re pretty sure that plenty of […]

LG V20 price: how much will LG’s new phone cost?

After weeks of teases, the LG V20 is finally here, complete with two screens, front and back wide-angle lens cameras and a military-grade build. It’s the successor to the LG V10, a solid phone we gave four stars to in […]

LG V20 to offer “the best video and audio experience”

LG already shared a few details about the V20, its upcoming flagship smartphone, so we know that this will be the world’s first handset to feature 32-bit Hi-Fi Quad DAC (digital to analog converter) capabilities, as well as the first […]

In three weeks from now, on September 6, LG will officially showcase the V20, a brand new smartphone that the company seems to be very proud of. While LG hasn’t shared specific details regarding the release of the V20, it’s […]

LG announced today that the LG V20, which is expected to be unveiled on September 6th, will feature a 32-bit Quad DAC. That would make the device the first smartphone to carry such a component. The digital to analog converter […] 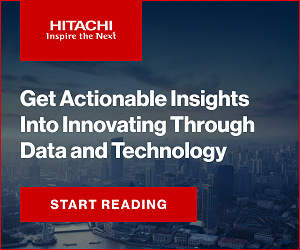