According to a new press release, “SAP SE today announced updates to the enterprise information management (EIM) portfolio that help reduce data landscape complexities by expanding data connectivity and source support as well as providing an integrated and simplified data […]

Magnitude Software, Inc., a provider of unified application data management, is acquiring Every Angle Software Solutions, a provider that enables users of SAP-run organizations to optimize their operational performance. Every Angle’s self-service solution works on any SAP system (ECC and […]

SAP is updating its cloud platform, boosting the solution with the ability to extend and customize applications with multicloud and mobilization choices. The enhancements include SAP Cloud Platform Blockchain, which will enable enterprises to build and extend business solutions with […]

IBM Launches Blockchain as a Service

At the company’s recent InterConnect conference, IBM announced the release of IBM Blockchain as a Service. This service is based upon the Linux Foundation’s Hyperledger Fabric version 1.0 and runs on IBM’s high security network which is underpinned by LinuxONE. […]

Who’s in your store right now? SAP’s new data service can tell you

Marketers can tap virtually limitless volumes of data about customers’ online activities, but the offline world isn’t nearly as forthcoming. That’s where SAP aims to help. The company on Thursday unveiled a new service that offers demographic data in near […]

The head of SAP’s developer initiative with Apple has high aspirations for the partnership and the impact it will have on enterprise mobility. “I believe what’s going to happen with the release of the SDK, and the continued innovation and […]

SAP yesterday renewed its enterprise information management (EIM) portfolio with a series of updates aimed at helping organizations better manage, govern and strategically use and control their data assets. “By effectively managing enterprise data to deliver trusted, complete and relevant […]

Who’s in your store right now? SAP’s new data service can tell you

Marketers can tap virtually limitless volumes of data about customers’ online activities, but the offline world isn’t nearly as forthcoming. That’s where SAP aims to help.The company on Thursday unveiled a new service that offers demographic data in near real […]

SAP has updated its flagship Hana in-memory computing platform with a raft of new features designed to make IT simpler while giving organizations a better handle on their data. The updates, announced Tuesday at the company’s annual Sapphire Now conference […]

A look inside the SAP IQ column-oriented database

SAP IQ is a relational column-oriented database management system that can be used to implement highly scalable data warehouses. The high-performance column store technology of SAP IQ can deliver high-speed compression and ad hoc analysis without complex tuning. This DBMS […] 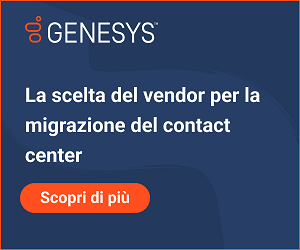